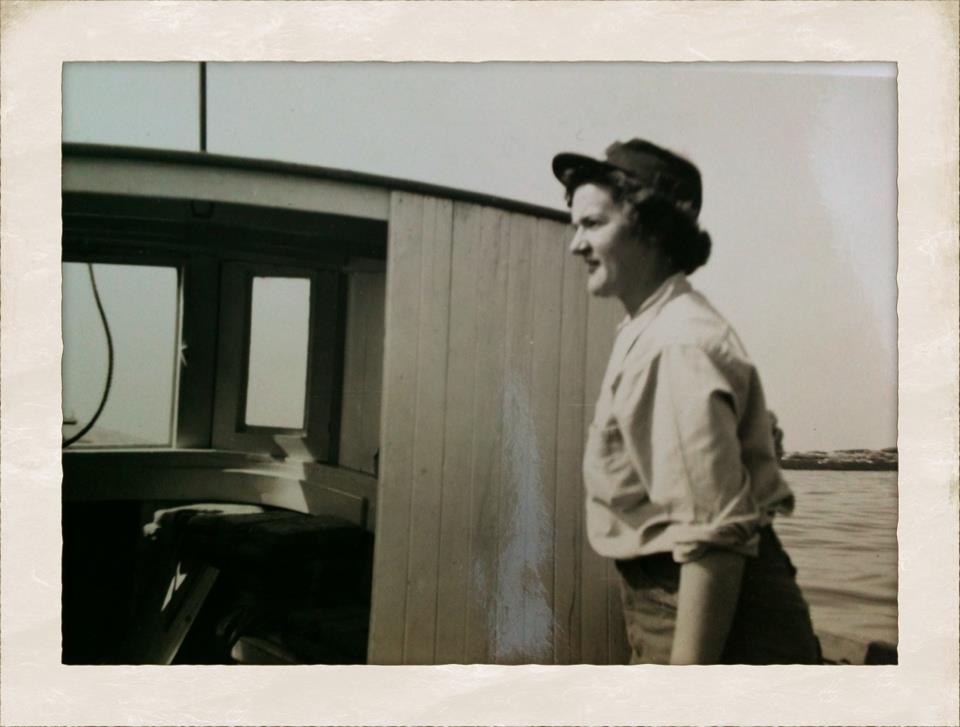 My grammy, Marion Libby Broaddus, was a spectacular woman.

Mainly because she was such a unique person. She was 9th was a generation Mainer, who had a strong, witty personality and an attitude to boot. She always reminded me of the classic 1950’s ad with the woman saying, “We can do it!”.

She taught me things that I couldn’t have learned from anyone else. As a girl finding my place in the world, my grammy was integral to keeping me tied to my roots, and growing up in the right direction.

I originally drafted this article almost a year ago, after a week where I spent almost every day with her. I felt inspired to write down all of the wonderfulness that I felt about her.

I’m publishing this article now one week after her death, as a celebration of the life that she lived, and the far reaching influence that she had. These are her most important life lessons for us all.

1. A strong women is the center of her family’s world. Be engaged with them, and they will encircle their lives around you.

If you are the center of your children’s world, they will keep you engaged in their life as they grow, from near or far. Be involved, be loving and be an inspiration to them. If you do that, you’ll be the kind of person that your children won’t ever want to let go of.

My grammy had 3 brothers, and then later, she had four boys. Up until my cousin and I came around when she was in her late 60’s, she had spent her entire life surrounded by boys. She learned to keep up with them when she was young, and she learned to strictly oversee them as a mother.

Because Maine is more of an “equality-driven” place than a “chivalry-driven” place, she learned from an early age that she would have to hold her own and she could do anything that they could. She was never held back by any assumptions about the way a woman should live.

From day one, she told me that I could do anything, and I knew she was right, because she already had.

3. When you’re raising kids, be tough. Don’t let them take advantage. You’re here to guide and encourage, but you’re still in charge.

My grammy was a middle school math teacher for many years. When I went through school, I was asked by a local teacher who recognized my name, “Was your grandmother a teacher in Westbrook? I had her when I was young… she was tough! She didn’t let us kids get away with anything! But man, what a sweet lady.”

Sweet but firm, that’s the motto. Truly invested, I think, is a better way to put it.

4. You’re responsible for your own behavior, and you have to live with consequences.

My grammy made a point to tell us grandkids when we were in high school that if any of us went to jail, she wouldn’t bail us out. She told us, in fact, that she would let us sit in there.

“Spend some good nights… looks like you needed to learn a lesson if we were in there anyways!” she said. This always made us smirk and raise our eyebrows a bit; we never could quite figure out why she thought we might be going to jail.

Lesson learned though: if you’re going to do the crime (be it with the law, your family, metaphorical, etc.) you will have to do the time and no one else is responsible to step in and help you out of it.

5. Sometimes life is tough. Deal with it. It keeps on moving with or without you.

The kids still need to be fed, no matter what else is going on in your life. That’s ultimately the bottom line. Sometimes things are hard and unfair, and the only thing that you can do is have control of your own reactions and keep working as hard as you can.

Also, there will come a time when things are not so bad. Don’t worry so much either way… You can only do what you can do.

6. Everyone could use a good hug. Everyday. Even if you’re not an overly mushy person.

My grammy was never a highly emotional or expressive person. But she was always good at hugs. Even if you don’t like to express your every feeling, just giving a good hug can make someone’s day.

Give real, good hugs, more often than you think you should…

7. Don’t judge people based on how they look. Judge them based on their kindness and their actions.

My grammy was a cook for a mess hall in Maryland in her 20s. She ran a large kitchen that fed over 150 men. She employed african american men in a time and a place where it was not yet the norm. Looking back, she thinks so fondly of those men that worked with her.

Up until her death, she always expressed some confusion about the need for the civil rights movement in the first place — she wondered how people didn’t see equality as a given, a baseline for everyone’s life to begin with.

8. Education is the best thing that you can give to yourself and your kids. Help them be successful in school and you will help them lead a good life.

All four of her children watched her closely, and learned the value of their own education. In turn, they each worked hard, put themselves through school and worked towards a building rewarding, valuable career that was fulfilling to their soul.

Don’t underestimate the value of your hard work and education. Your values will be passed down from generation to generation and your efforts have the power to make many of your future family’s lives better.

9. Don’t overthink your life. You never really know which path to take. You just have to trust your instinct and try something different if it doesn’t work out.

Don’t think too hard about the right path to take. The only real compass that you have is your reasoning power and your instinct, the latter being the more important one.

Follow them, but don’t over think your own life. You can always make a change, shift your goals, and start anew if need be.

10. Have a strong, active body. Being to old or too busy is not an excuse.

Until she was about 90, my grammy walked 4 miles every day, without fail. She chose an activity that she enjoyed and she kept at it. She moved her body. She stayed active, and therefore she stayed healthy for a long time.

95 is a long time to live and how she took care of her body played a big part in that.

11. Think about your own life first. You are the primary person that will care about you.

You are in charge of you— your feelings, your reactions and the path that you take. My grammy always encouraged us to think forward about out own lives. Make a choice, and move forward with it, without looking back.

Don’t rely on other people to bring about the changes that you want to see.

My grammy believed in hard work, patience and commitment— in every aspect of your life, including your relationship.

Don’t stay in a miserable situation, but sometimes putting others’ happiness (like your children and your extended family) is more important. Sometimes the family that you’ve built is bigger than you.

13. Do something with your time and your hands. Have a hobby or a craft. Give back to your community.

She was knitting mittens. Many, many pairs of mittens for young kids at school who may not have anything to keep them warm. She’d drop them off in droves each fall.

Make something for someone. Do something to make their life better. Life is so much bigger than just you.

Be silly. Be happy. Laugh. But most importantly, dance. 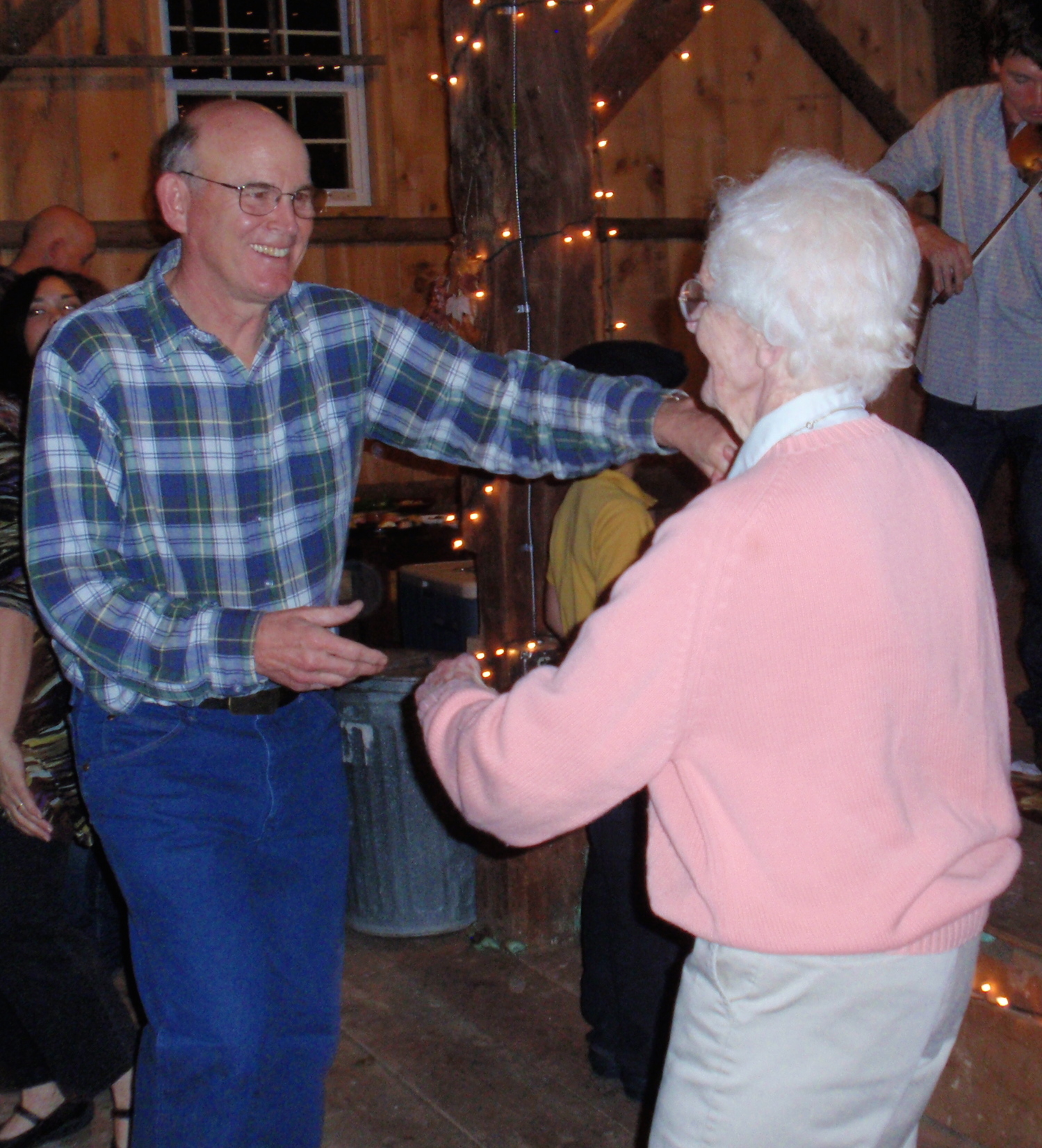 The Life of Marion Libby Broaddus

Her funeral will be held on Saturday, February 28th at 1:00pm in Westbrook, Maine. I welcome anyone who was touched by her life to come celebrate her with us.

Do you have a story about your grandmother or what she taught you? Tell us in the comments below, we want to hear about the amazing woman she was.